Westover fends off late charge of Cash in Classic Trial

The Juddmonte-bred and owned Westover (Frankel) powered to his second success from four starts, registering a first win at Group 3 level. The race produced several top-level performers 12 months ago, including the Derby winner Adayar (Frankel), who finished second.

"I really like this horse," winning jockey Rob Hornby said. "He's run here twice and won both times. He's a beast, a serious unit and we always thought he'd be better at three.

"He was still quite keen early on and it was just a matter of getting him settled but he really picked up when he saw the space. He had a roll around in front but got his head down on the line when it mattered."

Westover was shortened to 25-1 (from 50) with bookmakers for the Epsom Classic but the David Simcock-trained runner-up arguably shaped just as well and is even shorter at 20-1 (from 50). 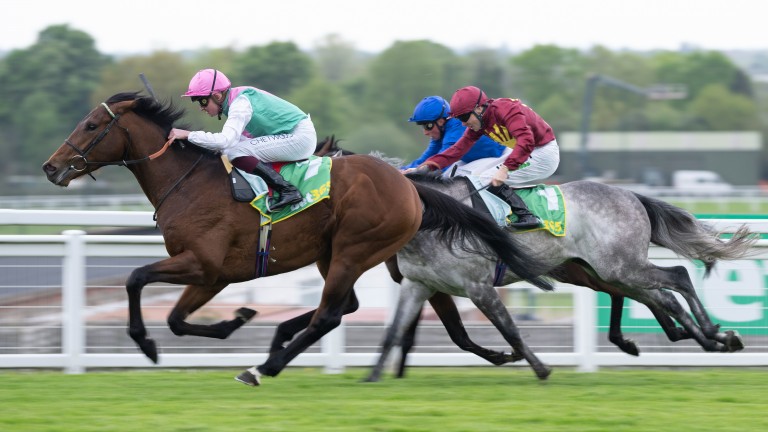 "We picked this race as a starting point some way back so it's nice the plan has come off," Juddmonte's racing manager Barry Mahon said. "He's still in the Derby but we'll go away and sit down with the owner and make a plan. Ralph [Beckett, trainer] will decide if he needs another run but he looked a little green today, so if a race fitted well in the programme it might do harm and would clarify if we go to Epsom."

"We always thought he could be an Epsom horse and today showed he's on the way there."

The short-head success marked a first win in the Group 3 contest for Beckett, with Westover the trainer's sole Derby entry this year.

Westover is by Frankel, like Adayar, and a brother to Royal Ascot winner Monarchs Glen.